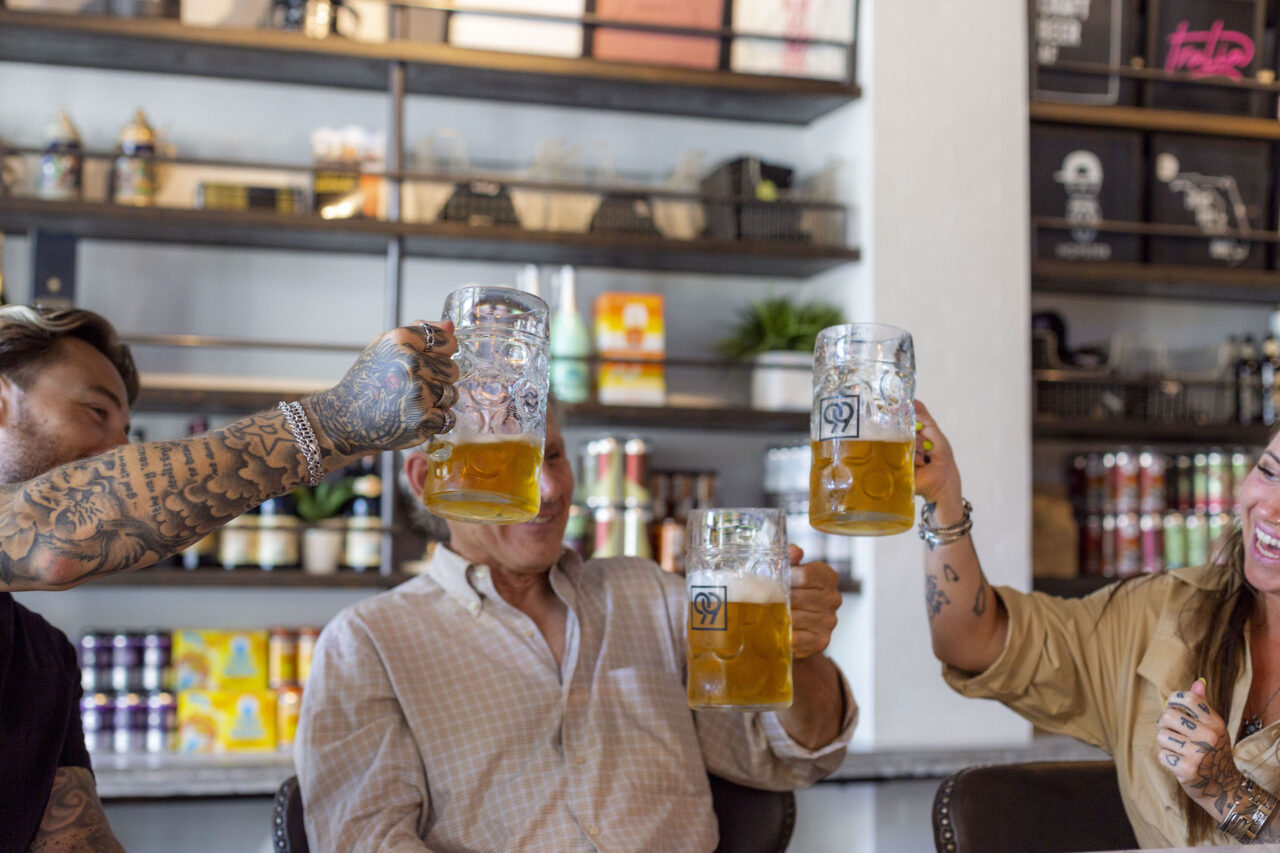 When you think of wheat beers what comes to mind?

Is it a liter of hefeweizen and some earthy German sausages?

Maybe a refreshing Belgian wit whose coriander and citrus character seem to stretch on forever?

Or maybe it’s a weizenbock whose overripe banana and raisin character helps floats on the summer breeze on a warm night.

Whatever image comes to mind when thinking about this versatile grain, so many unforgettable beers begin when this tiny kernel is split and malted.

From there, it’s a choose your own adventure story:
The everyday drinkers – these are the wheat beers that you most often see on tap.

For the salty among us – Gose
These wheat ales originate from Goslar Germany where the addition of salt made them unique, then American brewers decided to take them to another level by adding fruit and other adjuncts to them. Examples include Ology Brewing Spa Goggles Cucumber Gose or Cigar City Margarita Gose.

Guaranteed to satisfy – Belgian Wit
This style almost went extinct in the 20th century and it experienced a rebirth to the point that some mainstream examples are available seemingly everywhere. The truest artists of this beer style faithfully brew it and cut no corners, like all great art. Examples include Allagash White Ale, Cigar City Brewing Frostproof, or Infinite Ale Works Witfinite.

Better by the Liter – Hefeweizens
The hefeweizen (translated as “wheat beer with yeast”) is a light and somewhat sweet wheat beer whose fermentation gives it delightful flavors of ripe banana, sweet citrus, and cloves. These are the ORGINAL hazy beers – where the yeast in the beer leaves them cloudy. Available for one-liter pours in most beer bars and most at home with German cuisine or good friends. Examples include Weihenstephan Hefeweizen or Kapuziner Hefeweizen. We strive to always have one on for you to try.

The Sweetest Thing – American-style Wheat Ales
These beers accentuate the citrus in the beer by adding actual fruit or juice to the beer. Think of them as fruit beers with a light body that like to live on the sweeter side. Examples include Sierra Nevada Brewing’s Sunny Little Thing.

Rare and intense – these don’t come along often, but when they do (and when you’re feeling adventuresome) it’s best to grab a glass or two because high gravity wheat beers like this are becoming more and more scarce!

Dunkelweizen
Literally “dark wheat” in German, these beers have some roast and toast notes and are comparable to hefeweizens, if hefeweizens were brewed with darker malts and earthy character. Examples include Erdinger Dunkel Weisse.

Weizenbock
Do you like the flavors of a hefeweizen with the sweet citrus, bubble gum, and banana? Can you imagine what it would taste like if those flavors were ramped up and amplified? Imagine no more with this rarely-seen style of wheat beer where wheat beer is cranked up to bock strength (usually over 8% ABV). Examples include Schneider Aventinus.

Wheat Wine
Few breweries will venture into the realm where a light wheat beer is made as heavy as a barleywine. The beer should come with a warning that it is not for the faint of heart, but alas, that doesn’t usually happen because few breweries venture into this sweetest of non-adjuncted beer styles. Examples include The Bruery White Chocolate or Terrapin Gamma Ray. Whatever your favorite wheat beer is – or if you’re in the market for a new favorite, drop by 99 Bottles for a pour. We regularly have hefeweizens, goses, Berliner weisses, and Belgian witbiers on draft, and we also pride ourselves on having surprises on draft, too.