The antithesis of the pre-packaged Maruchan in the pantry, these local takes on the standard ramen recipe (of what is typically wheat noodles, miso, soy sauce and fish-based broth) are flavorfully fresh.

The Rokkin Ramen Pop-Up Kitchen at 99 Bottles Taproom & Bottleshop is available from 5 to 9 p.m. Tuesdays with hand-rolled noodles and dim sum. It’s first-come, first-serve until the food sells out, and the chef’s menu for each week is posted the day of the event. The ramen pop-up concept was born out of an idea between chefs Eddy Ismail, Anthony Petralia and Billy Simpson, shares 99 Bottles Proprietor Mark Tuchman. “Three local chefs wanted to be a part of an exciting and evolving dining scene in greater Sarasota, looking to bring delicious fun to their guests,” he says. 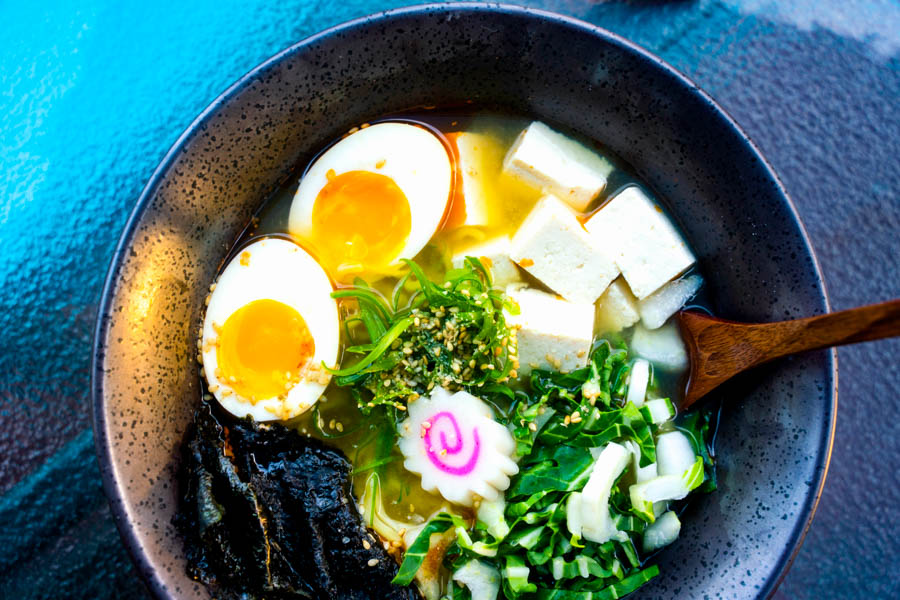 Now Rokkin’ Ramen serves handcrafted, classic ramen noodles with savory broth—ranging from tonkotsu to miso. The tonkotsu broth is made using a time-honored recipe that involves boiling down pork bones for hours until a milky, silky broth is achieved. The umami-rich miso broth is strictly vegan and gluten-free, flavored with only Japanese-style fermented soybean paste and no animal byproducts. “From delicious meats to Japanese soft-boiled eggs to vegetables, only the highest-quality ingredients are allowed to accompany our ramen bowls,” Tuchman says. 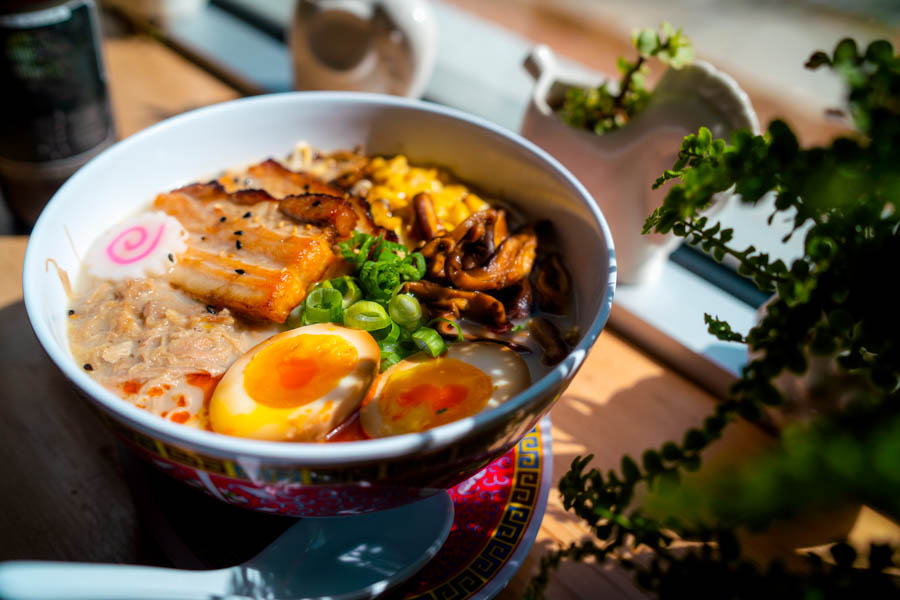 For the dim sum (small plates), pot stickers are hand-rolled with braised short ribs in a gochujang sauce; and the edamame is tossed in an Asian spicy, crunchy mix. Soon, the dim sum menu soon will feature crab Rangoon that is fried to order over a sweet mango chili sauce; agedashi (fried tofu with soy glaze and bonita flakes); a Japanese seaweed salad with agar and soy dressing; and tsukune (Japanese chicken meatballs with sesame seeds and a sweet soy glaze).

The pork belly is then added to the ramen along with an assortment of beans and veggies (edamame, corn, bean sprouts and bamboo shoots), a marinated “ramen egg” and a Japanese “seven-spice” seasoning, and garnished with a square of dried nori (seaweed). The meal is complemented by a full menu of Japanese beer and sake, and a rotating selection of wines.

“Chef Palafox researched traditional Japanese recipes to create the broth options, which are prepared the slow way—using fresh, authentic ingredients,” Frascone says. Motoneko also uses locally-roasted beans from Amity Brothers Coffee Co. to create a variety of coffee and espresso drinks. Boba and loose-leaf teas are brewed to order, and other Japanese soft drinks (such as Ramune sodas) are always on hand.

Goichi’s Sushi Café, which is mainly a takeout restaurant serving sushi and ramen, features 100 percent fresh noodles. “Our ramen noodles are made fresh on the premises using our noodle machine,” says owner Goichi Matsumoto. “And the ramen noodle recipe is very basic, consisting of bread flour, water and kansui [a solution of potassium carbonate and sodium bicarbonate that offers alkalinity to the noodles, giving them their springy texture and yellowish color].” Goichi’s most popular noodle item is the Pork Ramen 9, which comes with chashu pork, egg, spinach and bamboo shoots in a miso broth (and the Shio Chicken Ramen with chicken broth is also a hit).

At FushiPoke, diners can choose their own ramen (shoyu, miso, spicy and tonkotsu). The varieties come with shiitake mushrooms, soy egg, scallions, bean sprouts, kamaboko, garlic oil, chili oil and nori (and pulled pork and corn, depending on the option). Add protein to the mix, like pork belly, grilled chicken, tofu or tempura shrimp, and finish with a Japanese soda or cold sake.Other area spots for ramen include Utamaro Sushi Bar and JPAN Sushi & Grill, which both serve a $15 bowl with tonkotsu broth, egg and charsui pork. And that’s just scratching the surface of the ramen ‘round town. Keep an eye out for new, flavorful twists on the noodle fave.