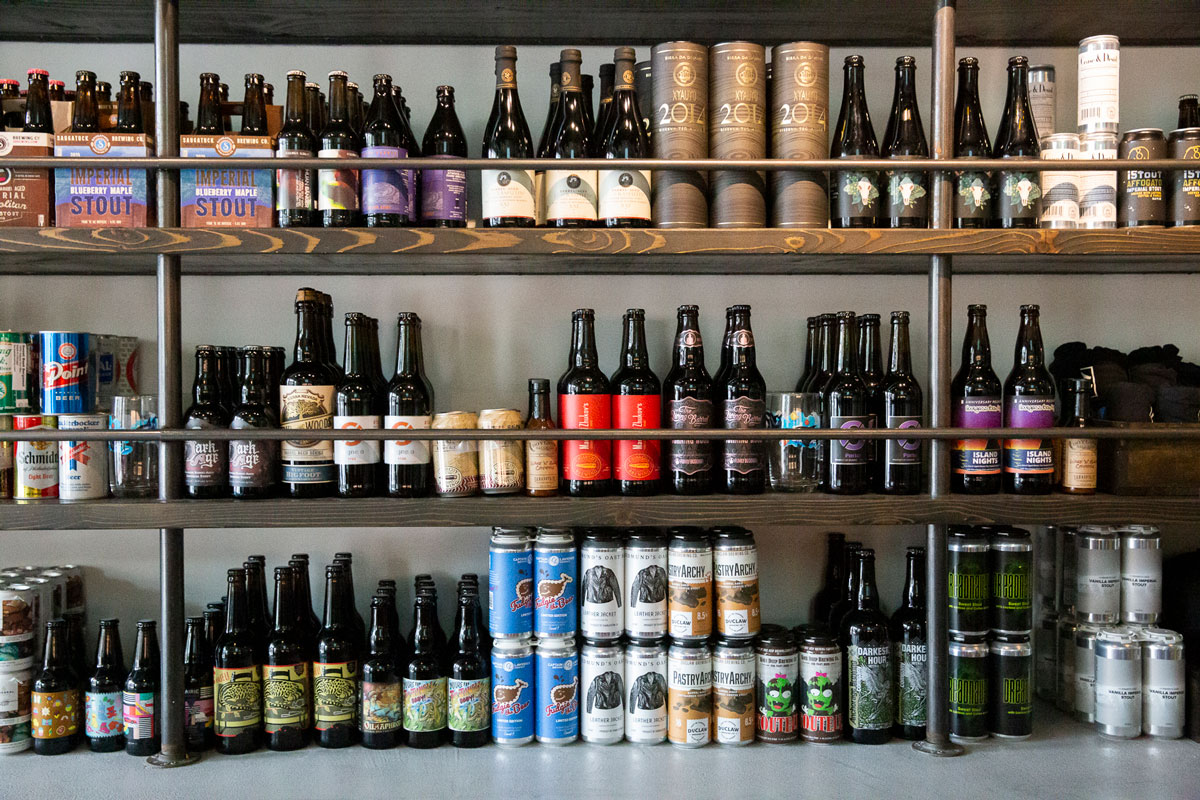 99 Bottles Taproom & Bottle Shop was recently named one of the best beer shops in the United States by Wine Enthusiast Magazine. In the article by John Holl, craft beer expert and editor of All About Beer Magazine, 99 Bottles was at the top of the list for the designated South region and one of only two Florida shops recognized. The list was curated by beer industry professionals including brewers, writers, social media enthusiasts, chefs and drinkers – all of which know what goes into a great beer shop. Since opening in April 2019, 99 Bottles is all about the experience of extraordinary liquid. Located in downtown Sarasota on 2nd Street, the narrow, intimate space has been built by a team of passionate hospitality professionals. It isn’t a brewery. It is not a bodega. Or a grocer. It is a taproom and bottle shop. It’s where someone who loves great beer has let their imagination run wild. 99 Bottles has created a drinkable gallery in an arts-driven town. With a well-curated selection of craft beers from all over the world, there is something for everyone: bottles and cans of lagers, pilsners, IPA’s, sours, saisons, berliner weisses, lambics, porters, stouts and more. It is where world-class pilsners share a tap list with rosé and hazy IPA’s. A world where both kombucha and prosecco have taps. Equally as important as the liquid and the space is the 99 Bottles staff. The list, based on geographic designations from the James Beard Foundation included just over 40 shops from Brooklyn to the Pacific Northwest. 99 Bottles has 34 drafts, 30 wines by the glass, and 99 bottles of beer on the wall. It offers daily specials, events, pop-up kitchens and their well-known Real Deal New York Bagel Brunch every weekend. For more information on 99 Bottles including the always up-to-date beer list, all weekly specials and events, visit www.99bottles.net and follow the bottle shop on Facebook, Instagram and Untappd.

previous
Have you enjoyed the 99 Bottles experience?
next
Dry January Doesn’t Have to be Uninteresting