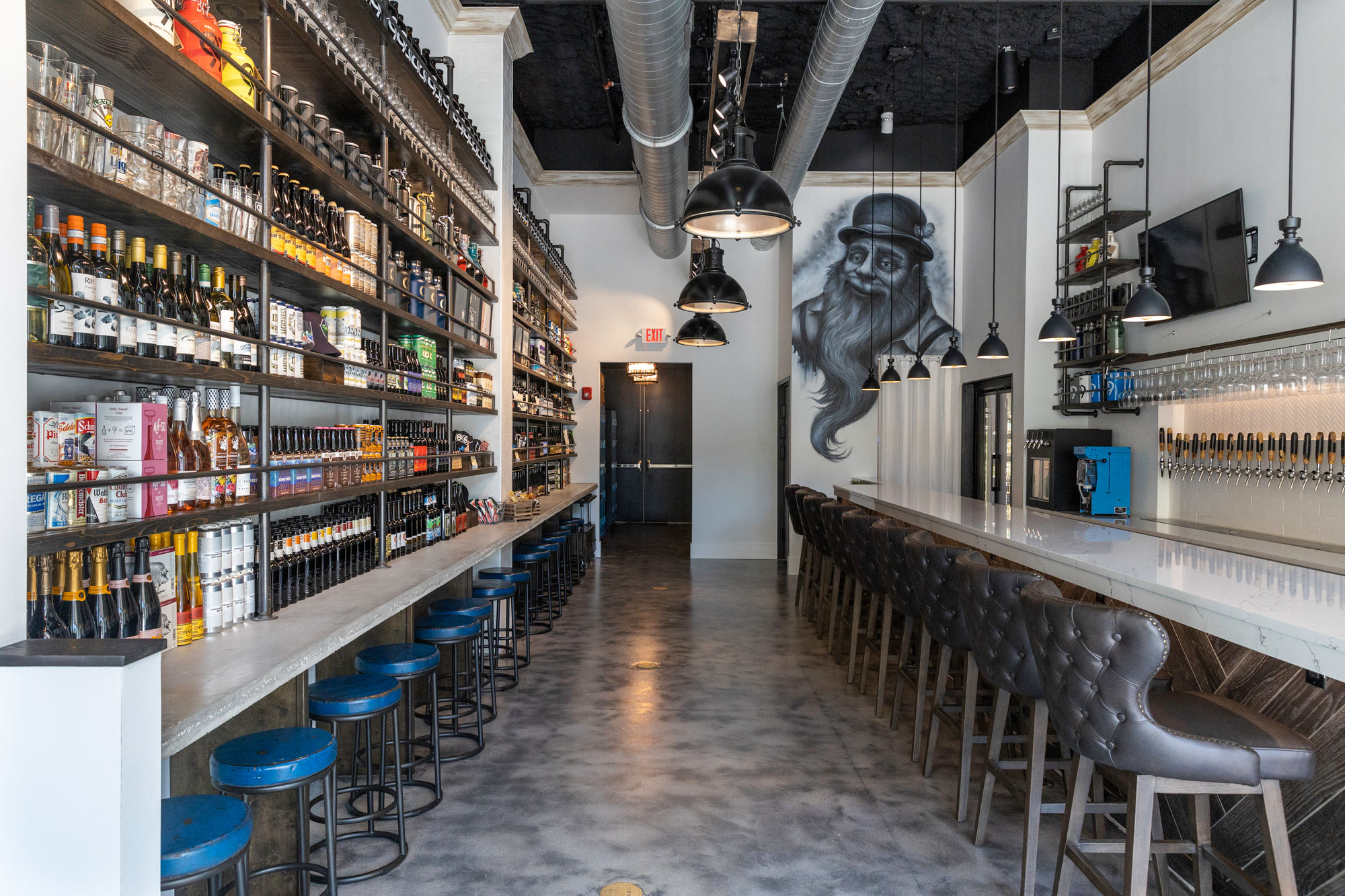 With the growth of craft beer around the entire state, it is challenging to offer something fresh and new to the state’s beer lovers. Despite the odds, veteran pub owner Mark Tuchman has found a way. To describe his newest establishment, 99 Bottles, as anything less than an experience would be selling it short.

What sets 99 Bottles apart more than anything is Tuchman’s attention to detail.  You may recognize the name, as Mark brought Mr. Beery’s to Sarasota years ago before there was local beer available to go, and Sarasota Brewing was the only craft brewery holding it down in the city.  As craft beer has grown and evolved, so has Mark’s vision for a craft beer bottle shop and draft beer bar in Sarasota.  99 Bottles is “the culmination of my experience from a craft beer perspective,” Mark says.  “From my experiences both as a craft beer business owner and also my likes and dislikes as a consumer combined with some things that aren’t my gig, but I hope they resonate with the current craft beer consumer.”

Curated Tap Lists.  Tuchman orders each keg to fill a spot on the tap list.  From cold brew coffee and kombucha on tap to making sure that there is an “O.G. Craft Beer” or two on tap at all times, Mark has looked over all the corners of his menu.  The menu is not all hoppy or all malty, but a mix of old and new school beers.  And for those friends who might be new to craft beer, try one of the “O.G.s” like Sierra Nevada Pale Ale or Dogfish Head 60 Minute or New Belgium Fat Tire – the beers that helped introduce the masses to craft beer.

Carefully Chosen Bottle Selection.  The bottles and cans that go on the wall are not only for sale, but they make up almost the entire wall.  Mark has given beer geek love to the wall of many bottles, too.  The vast majority of these beers are malty beers that will be fine or better than fine with age to them.  Think stouts, imperial stouts, Belgians, and many high-gravity beers.  Only a handful of these beers are hoppy beers that need to be consumed fresh – those beers are on tap and available in growlers and crowlers.

A Love for Local. 99 Bottles specializes in craft beer, but while the place shows lots of love to its local breweries with cans available from Sarasota/ Bradenton breweries, Mark also gives love to local artists with his glassware.  “Each quarter or so, we are partnering with local artists,” Mark says.  “I have two stipulations – one is the theme of the series and the other is it has to go all the way around the glass.”  (The theme of the first series of glasses is ‘whales’ – a beer geek term referring to Melville’s Moby Dick and searching for rare beer being similar to searching for the mythical ‘white whale.’) The first in the series was available at our preview – with the elegant whale drifting around the glass.

Doubling Down on Growlers.  99 Bottles is doubling down on growlers and crowlers to encourage the drinking public to consume beer as fresh as possible and also to encourage drinking the best draft beer.  Whether you prefer your growler to look like your dad’s work Thermos or you prefer one the comes with CO2 in order to serve your beer directly from the vessel, there is a growler for every interest and budget level and plenty of beer to fill it.

Beer. Bar. and Beyond.  Wine. Food bites. Scenery.  The interior of 99 Bottles bursts with details to keep the eye and the mind company, as it wanders the walls.  99 Bottles caters to more than craft beer (although beer is clearly the fortunate son): wines also populate their own list – not an extensive wine list but one chosen with the same discerning palate as the beer list.  The wines on 99 Bottles’ list are specialty and fitting for the discerning wine enthusiast as much as the bubbly neophyte oenophile. The snacks have all been tested by discerning food palates and passed muster.  The scenery has more to be seen than a passing glance reveals.  The glassware at the bar has been chosen based on its ability to accentuate the nuances of each beer’s style while not detracting from the overall aesthetic.  On the far wall, “The Captain” keeps drinkers company.  This mural designed and painted by local artist Will Ralston is meant to depict a well-traveled elder who tells the best bar stories.  As for the art – well, look at the name of the place and tell for yourself.  Suffice to say that every detail that affects the beer has been seen to. Every detail that affects the experience has been touched.

While I must be transparent and say that Florida Beer News was given an insider tour and has worked with Tuchman before, ever since I visited during opening week, I have been looking for an excuse to make the drive back to Sarasota.